"ТОМ" company (http://tom.odessa.ua) produces weighing equipment for mass measure of trucks. There are few cycles: to measure mass of empty car, load it by product (other cars come within this period), then measure mass of loaded car. Then it is possible to calculate mass of product. There can be also other direction, when cars unload product to warehouse. Program read mass sensor's signal via ADC and converts it to mass. Operator should fill parameters of car on weighing machine and info about product. When mass became stable, program allows to measure mass. Program allows to create reports just for one car or for time period.
There are few user's roles (to see reports; to measure mass, to manage users; to change any settings). Program can be integrated with a discrete device. It might be, for example lamp, sound system or even transporter.
Program allows to send information to tableau as well.
This program was migrated from obsolete version of application (created on Borland Delphi). But because it is incompatible, it was just fully rewritten by me. My participation:
-task specification development;
-programming;
-deployment on customer side, testing and debugging;
-documentation;
-integration with digital mass sensors HBM C16i (http://hbm.de);
-some features has been added by user requests: to fix time period when car came to scale and moves out of scale;
-possibility to make different reports for specific customers. 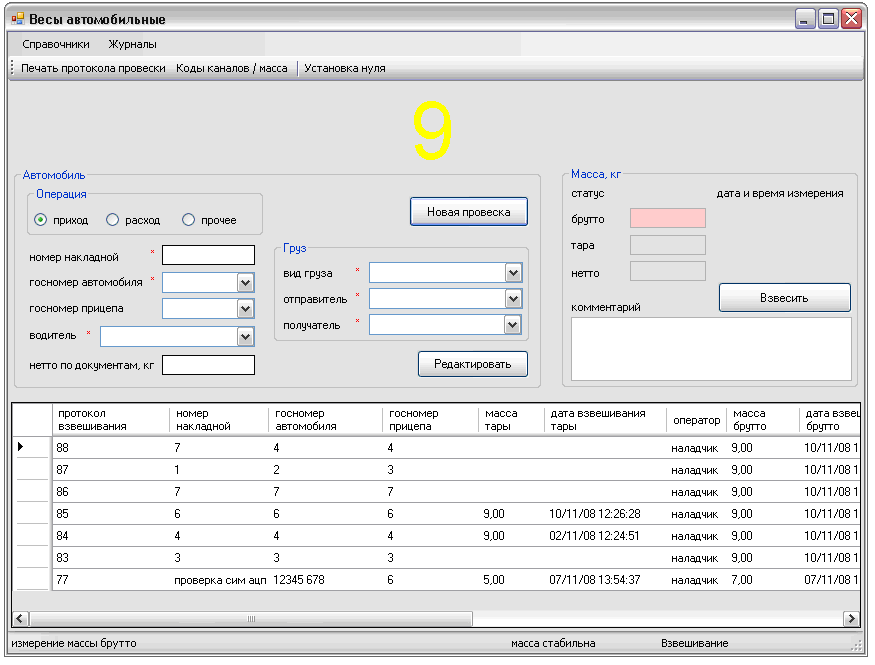 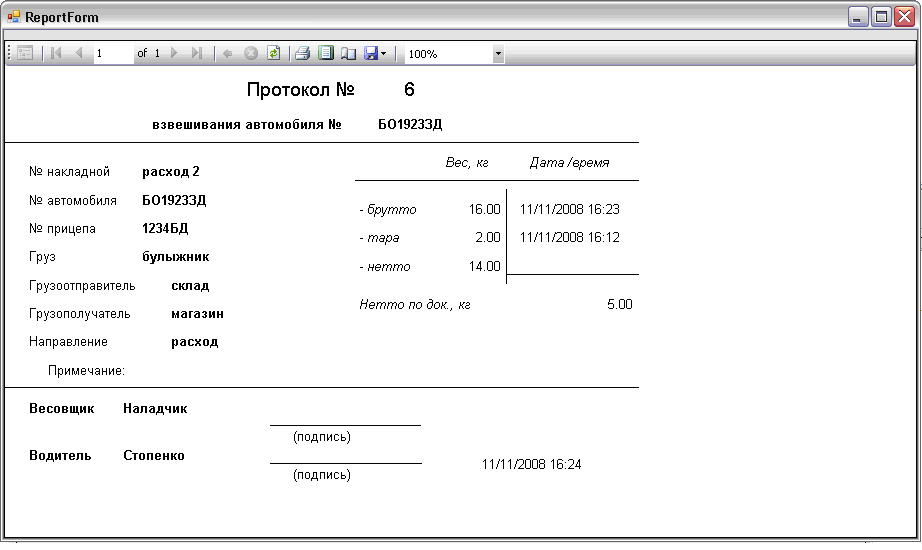 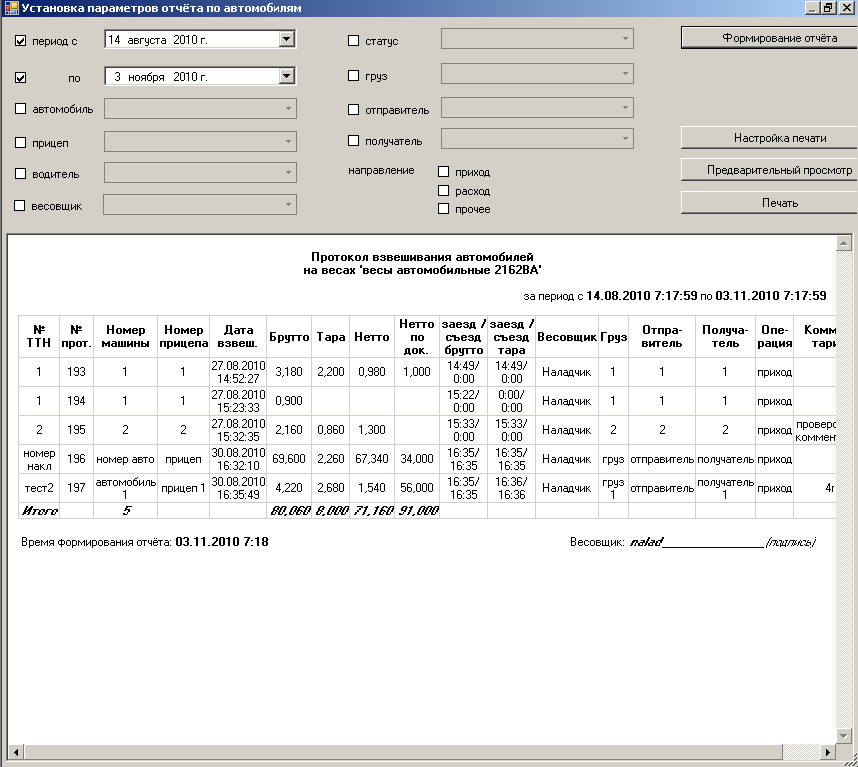 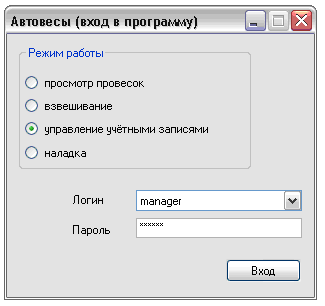 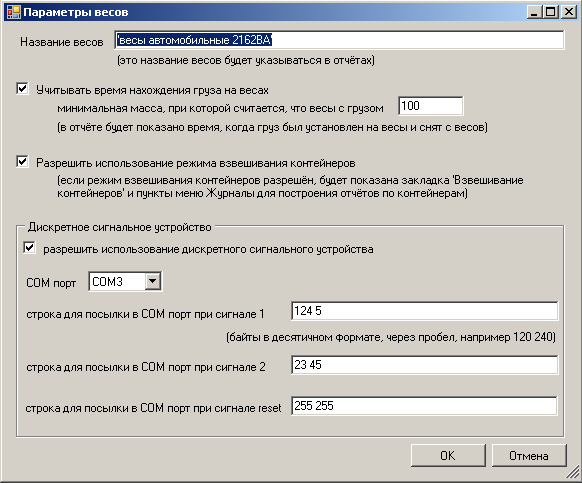